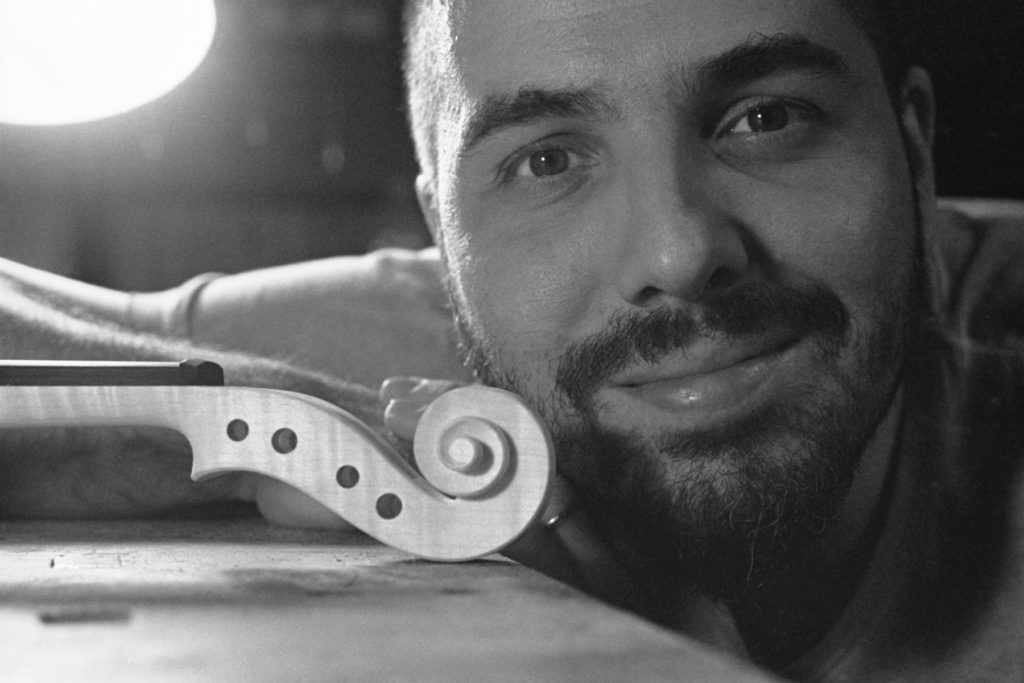 Born in Novara in 1981, Emanuele Francioli developed an early passion for music and musical instruments, admiring his grandfather’s work as a piano tuner. Learning to play piano and guitar as a self-taught musician, he soon discovered the string quartet and the beauty and perfection of classic Italian violins.

He graduated in 2007 after an apprenticeship in cello construction and fitting in the workshop of Maestro Dario Segala. In the meanwhile, he attended the restoration course of Maestro Carlos Arcieri at “Accademia Perosi” in Biella. He started his own profession as an artisan in the year 2009.

Since 2010 he has been a member of the professional section of the Italian Lutherie Association (Associazione Liutaria Italiana, ALI), taking part in several exhibitions (Cremona, Tokyo, Sidney). In 2012 and 2015 he joined the “Triennale” International Violin Makers Competition with his cellos, gaining respectively 23rd and 21st place. In 2014 he joined with a violin the “Luthiers of the XXI Century” exhibition, at the Museum of the Violin in Cremona. In the same year, he is awarded the “Piemonte Eccellenza Artigiana” (Piedmont Craftsmanship Excellence) mark of recognition.

In 2018 he joined the “Triennale” Competition gaining 12th place with a cello; awarded also with an Honourable Mention for being one of the six viola finalists, he has been assigned the “A.L.I. Award”, for an instrument “with peculiar personality within the Italian tradition and culture”.